I was an inner-city school teacher for thirty years and saw the good, the bad and the ugly when it came to teachers. I want to be upfront here. For the most part, the teaching profession doesn’t draw the cream of the crop. It’s not their fault. Teachers are woefully underpaid. With the exception of the most dedicated when offered a job in the private sector and teaching (especially in the inner-city) it makes no sense to go into teaching. A teacher often cannot support a living solely by teaching. They have to work during the summer or, if they have a family, their husband or wife must also be employed. Around the nation when bond issues are placed on the ballot they more often fail than pass. The public demands the best teachers be employed yet refuse to pay them a living wage. The fault lies with the public and various local, state and federal government entities. So, a good number of teachers are just mediocre.

That doesn’t mean we can’t demand more of our teachers. As a former teacher, I am not suggesting that standardized tests or any other test be used to determine accountability. Standardized tests are flawed. I’ll leave it at that as it would take another entire article to tackle that problem. Principals shouldn’t dictate whether a teacher is qualified. They are biased. At least the principals I worked for were not qualified to determine my capabilities. I didn’t always go by the rules. Rather than use a basal reader I had my students read short stories by contemporary authors such as Stephen King, Richard Matheson, Ray Bradbury as well as short stories based on episodes of The Twilight Zone. My principle wasn’t pleased. I was told to “teach” the standardized test with daily lesson plans constructed by bureaucrats rather than educate my students in test taking skills. I ignored that directive. If my principal had his way I would have been kicked out the door long before I retired. Yet I believe I was a more than a competent teacher.

So, this article doesn’t attempt to tackle how to make teachers as a whole accountable. Instead, I want you to make your child’s teachers accountable to you the parent. Below is the very least you should demand. All come under establishing better communication between parent and teacher.

If a student isn’t turning in homework or is doing poorly on tests, quizzes or assignments a teacher shouldn’t wait until a report card is sent out to contact the parent. Such problems must be nipped in the bud. As a teacher, I had my students have quizzes signed by a parent then turned into me. This way a parent could never tell me he/she was unaware there was a concern.

2. Ask your teacher if they can send home a weekly newsletter:

I sent home a Friday newsletter to parents. It explained what we were doing in class, upcoming homework assignments and long term projects. With copiers, the teacher types up just one note. At the bottom, there was space where I would make an individual comment. If the child wasn’t behaving appropriately this was where I could comment, for instance. I would attach that week’s quizzes/tests to the newsletter and it had to be signed and returned the following Monday. This was explained to parents at the very first parent/teacher meeting at the beginning of the school year, the only meeting that the vast majority of parents attended.

I found nothing more useful than calling a parent if there was a problem. Sure, it takes time and as it is a teacher’s day doesn’t end when the kids file out of class in the afternoon. Teachers have to grade tests and read book reports. They have to prepare lesson plans. And, damn it, they also have their own family that demands attention. But what I’m suggesting isn’t nearly as time-consuming as one might expect. One to three phone calls a night would suffice. And, as the year goes on with this initial communication phone calls will become less necessary. The first time you don’t tell the student you are calling his/her parent. You just call. On the show Survivor, it’s called a blindside. Later you can use it as a warning. “Turn in your homework or . . .” They get the picture. But if a student isn’t turning in his/her homework it makes no sense to wait until a report card conference. Being proactive is required. And don’t hesitate to contact a parent if a student is doing particularly well. Parents like to hear this far more than that their child is doing poorly. And that kind of call takes five minutes. “I just wanted to call to tell you that your child is doing really well in class.” Go into a bit of detail and that’s the end of it. When I began teaching, I would visit student’s homes right after school (without first calling). But, that above and beyond the call of duty. It sure did work, though. A teacher visiting my house, the parent/grandparent would think. What’s the world coming to?

Too often report cards don’t really tell the entire story. There are the A-F report cards. There are report cards that indicate if a child if “proficient” or “not proficient” (hate those). There are report cards with numbers (1-5 for instance, 5 being exceptional). A child can be a “C” student but trying his/her hardest. Another student could get a “B” when capable of an “A”. The effort is often left off report cards. While students are working on an assignment spend time with each child individually on a collaborative report card. Use what the school demands, but add a second page where strengths and altering weaknesses into strengths can be listed . . . in sentence form. Include a student in presenting a report card in a parent/teacher conference. One of my granddaughter’s teachers did this. My granddaughter discussed her progress with both the teacher and parent present. She grudgingly admitted to her failings (mostly chatting too much in class rather than paying attention to a lesson). Have a student grade themselves and then meet with the child to discuss the grades they gave themselves compared to what the teacher planned on giving them. It’s just as important that a student know where he/she stands as their parents do. At a parent/teacher conference, both the student’s evaluation and the teachers can be shown to the parent with a discussion to follow.

A parent shouldn’t wait until a report card or parent/teacher conference or a major incident to make concerns felt. If a child is being bullied by one or more other students it’s incumbent on the parent to discuss this with the teacher immediately. Maybe there’s more to the story that the child isn’t telling his/her parent. Or, maybe the teacher is unaware of the problem. Make an appointment with the teacher. If there is a real problem allow the teacher to handle the problem for, say, a week to see if he/she can find a resolution without having to resort to going further up the food chain. But, if the teacher can’t remedy the situation the parent should go to the school counselor, assistant principal or the principal (but not behind the teacher’s back. Tell the teacher you gave him/her a chance but the problems persist). Remember, at the outset, I said that not all teachers are qualified. A teacher may not know how to handle bullying. It may be something that the principal has to remedy. And if the principal can’t (or won’t) go over his head to the district superintendent. Everyone in education has a boss. You, as a parent, have far more clout than you think.

6. Tell the good not just the bad:

As a teacher, I found a parent would sometimes immediately go to the principal if they had a concern. I wouldn’t suggest that approach but I had to live with it. By the same token if a parent was particularly happy with what I was doing they would often tell me but . . . seldom went to the principal to let him know I was going above and beyond what was required. The principal doesn’t get an accurate assessment of a teacher if they are doing a good or outstanding job but the parent remains silent.

All of the above have one thing in common: communication between the teacher, student, and parent. An informed parent will never be surprised by a substandard report card or parent/teacher conference that goes sideways. A parent should never be surprised by how their child is performing in school. It’s up to the teacher to begin the lines of communication and the parent to keep the teacher on his/her toes by being the squeaky wheel that demands attention.

Barry Hoffman is known as a publisher for Gauntlet Press, however, his true passion is writing and he has penned five different novels. Hungry Eyes, Eyes of Prey, Judas Eyes, Born Bad and Blindsided. 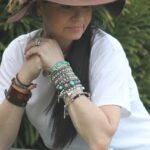 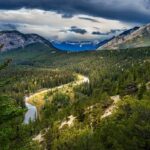